You are here: Home / About / History

How Did Balance & Dizziness Canada Get Started?

We were incorporated as a not-for-profit society in British Columbia in 1999 under the name BC Balance and Dizziness Disorders Society. We were registered as a Canadian charitable organization in 2000. We changed our name to Canadian Balance and Dizziness Disorders Society in February, 2021 to embrace what our organization has always been: a society with nation-wide impact.

The Society was co-founded by Muriel Kauffman and Dr. Graham Bryce. 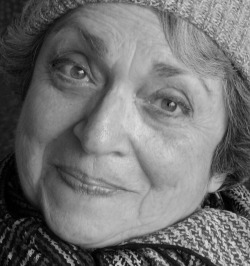 In 1998, I had to give up working as an ESL tutor because of severe, disabling dizziness which lasted for over a year. I continued, however, to write columns at home for local newspapers. To my surprise, when I wrote about what I was experiencing, I received more mail in response than I had to any other article. One woman wrote that she had not been able to leave her home for 12 years because of dizziness. I shall never forget her letter. I asked Dr. Graham Bryce, my otolaryngologist, if there was a support group for people with vestibular disorders so I could inform these readers who suffered.

“No, why don’t you start one?” he responded.

The BC Balance and Dizziness Disorders Society would never have happened if Dr. Bryce had not continued to encourage me and make it possible. I started a list of interested people, Dr. Bryce obtained a meeting room for us at St. Paul’s Hospital and gave up precious time to join us for that first meeting. Then, Dr. Bryce agreed to be our very first speaker.

Things just fell into place after that. A board was formed. Member Shirley York took on the task of completing myriad forms to register us as a society; Rae Smith soon found herself keeping track of members and our treasury, and before we knew it, BC Balance and Dizziness was a viable organization offering support to hundreds of people who deal with vestibular disorders.

~ Muriel Kauffmann, co-founder and past president