You are here: Home / Be Inspired / Famous Dizzy People

Well-known people describe the impact of living with:

And read about those who helped – doctors and other scientists who have advanced our knowledge and treatment of vestibular disorders.

Arthur Black, writer and former CBC radio host
"[It was] like chug-a-lugging two vodka martinis without the euphoria. It was really bad. If you moved suddenly in any direction it just felt like you were on a ship in the middle of a hurricane... Even lying down you could feel this thing going on in your head." ~ Arthur Black

Stephen Colbert, comedian and television host
“It’s almost entertaining, until I forget. And then I go to stand up, and then I just fall down.” ~ Stephen Colbert 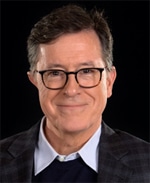 LeBron James, NBA
"I just wish people understood the [benign paroxysmal positional vertigo] illness that I have, and not rush to judge LeBron James so quickly.” ~ LeBron James 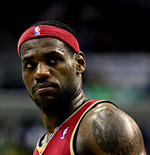 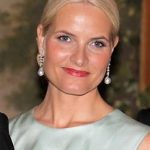 Arthur Wooten, author
"Every step I take in life, actually every movement of my head, feels like I'm bouncing on a trampoline. And it never goes away. On bad days it feels like I'm dropping in an elevator or walking through life on a waterbed. That's the vestibular part." ~ Arthur Wooten

Sidney Crosby, hockey player
“I tried to go to a meeting, actually, with our team a month in and just watching video was something that felt like it was really stressing my system – I had to work so hard just to concentrate on that.” ~ Sidney Crosby

Alain Robert, rock and urban climber
“Although I suffer from vertigo, although my accidents left me disabled up to 66%, I have become the best solo climber." ~ Alain Robert

Andrew Weaver, leader of the BC Green Party
“If anyone out there ever suffers a bout of labyrinthitis, I advise you prepare for a debilitating onslaught of symptoms that are quite unsettling.” ~ Andrew Weaver

Ryan Adams, singer and song writer
“Having to play was like having a panic attack, and the panic attack would make me have a Ménière's episode. And the Ménière's episode would make me forget a lyric, or I would feel like I was going to fall down on stage. So there was a great amount of psychological damage that it did, there was a great amount of stage fright that culminated from this.” ~ Ryan Adams

Kristen Chenoweth, singer and actor
“...it’s really frustrating to have and it also causes hearing loss which I have a little in my right ear. So next time you see me I may be wearing a hearing-aid. But whatever it takes, you know. It’s frustrating as a singer, as an actor, to go on Broadway and sort of be off kilter.” ~ Kristin Chenoweth

Huey Lewis, singer, songer and actor
“As I walked to the stage, it sounded like there was a jet engine going on. I knew something was wrong. I couldn’t find pitch. Distorted. Nightmare. It’s cacophony.” ~ Huey Lewis

Martin Luther (1483-1546), inspired Protestant revolution
“...you don’t know what a horrible thing this vertigo of mine is... I have not got beyond more than three or four words [of the Psalms] when buzz, buzz! The noise begins again and often I am near falling off my chair with the pain.” ~ Martin Luther

Les Paul (1915-2009), inventor of the electric guitar
“There’s a way out of everything. You just have to have the determination and will to go in there and fight.” ~ Les Paul
Read more about Les Paul here...

Chris Potter, saxophonist and composer
“I got Ménière’s disease in my mid-20s. I’ve lost pretty much all my hearing in my left ear — there’s just ringing. It was absolutely terrifying. I was getting episodes of dizziness, and my hearing would go up and down. In the meantime, I’d have to wake up at 5 am and take three flights to get to a performance that night — when I didn’t even know if I would be able to stand up. It was very stressful, as was not knowing if it would happen in both ears, but I somehow made it through. It’s something you get used to. But the vertigo alone is life-altering. You don’t feel comfortable making plans.” ~ Chris Potter 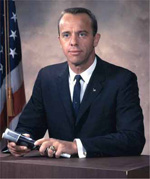 Alan Shepard (1923-1998), astronaut
“I was delighted when I was assigned command of the first Gemini flight with Tom Stafford as my co-pilot, but it was shortly after that I developed a disorientation problem in my ear, and NASA grounded me. I was grounded for almost six years. I didn’t like it at all.” ~ Alan Shepard
Read more about Alan Shepard here...

Jonathan Swift (1667-1745), writer
“For poetry he's past his prime; He takes an hour to find a rhyme . . . Poor gentleman, he droops apace; You plainly find it in his face; That old vertigo in his head; Will never leave him till he's dead.” ~ Jonathan Swift, from Verses on the Death of Dr. Swift Written by Himself 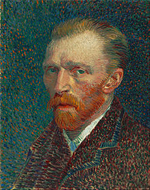 “My health during the intervals [between “vertige”], and my stomach are so much better than before, that I believe it will still take years before I am quite incapable [incapacitated] which I feared in the beginning would be the case immediately. In the beginning, I was so defeated, that I had no desire even to see my friends again and to work, and now the desire for these two things is stirring, and then there is the fact that one’s appetite and health are perfect during the interval.” ~ Vincent van Gogh
Read more about Vincent van Gogh here...

Charles Darwin (1809-1882), naturalist
“The misery I endured from sea-sickness is far far beyond what I ever guessed at. If it was not for sea-sickness, the whole world would be sailors.” ~ Charles Darwin

Darwin was also plagued by tinnitus. In 1864 Darwin wrote in a letter to a friend that he was no longer vomiting daily and his head hardly bothered him except for “ringing in the ears.”
Read more about Charles Darwin here...

Chris Hadfield, astronaut
“I felt terribly sick when I first got to space but after a while, I got used to it and it was worth it.” ~ Chris Hadfield
Watch Col. Hadfield explain space sickness... 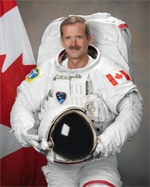 Olivia Chow, former Canadian politician
“In my case, it has affected the left side of my face, making it difficult to smile, laugh and put in my contact lens… It will not affect my work as a Member of Parliament. I continue to swim, run and bike regularly. You will just have to imagine that I am smiling.” ~ Olivia Chow

Ludwig van Beethoven (1770-1827), composer
“...I sometimes had a buzzing and tingling in my ears as if I were standing by a huge waterfall. My condition changed frequently until the end of July, when it became a permanent state and I had attacks of giddiness, which made me stagger to and fro, so that I could only walk straight by concentrating hard. I had a wretched holiday.” ~ Ludwig van Beethoven

Marie Curie (1867-1934), physicist and chemist
“As for the ears, an almost continuous humming, sometimes very intense, persecutes me. I am very worried about it: my work may be interfered with – or even become impossible.” ~ Marie Curie

Peter Townshend, rock musician
"I have severe hearing damage. It's manifested itself as tinnitus, ringing in the ears at frequencies that I play guitar. It hurts, it's painful, and it's frustrating." ~ Peter Townshend 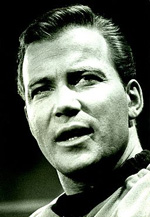 Janet Jackson, entertainer
"After a thorough medical evaluation, it has been confirmed that Janet’s symptoms are being caused by a rare form of migraine called vestibular migraine or migraine-associated vertigo for which she is currently receiving treatment." ~ Kenneth Crear, Jackson’s manager

John Kucera, World Cup alpine ski racer
“...visual cues, motion and speed give you the feeling like car sickness. You start getting a little nauseated. When you move your head too quick, you just feel a little out of it. It’s almost like a fog.” ~ John Kucera

André Rieu, violinist and composer
“It happened at night. I was in bed and I woke at 3 am, opened my eyes and the room was spinning. It was a terrible feeling and I couldn't stop it. I didn't know what was happening. In the morning I felt I was broken.” ~ André Rieu

“I have seen seven doctors and I am now in the hands of a professor of neurology in London. We are trying to literally reprogram certain little aspects of my brain, [which] receive signals from my eyes and my ears and my body. It doesn’t make sense. And quite why it's come about, they don't know. The only good thing is that it goes away when I'm horizontal, so I sleep beautifully. And when I drive . . . I'm no longer dizzy." ~ Patrick Stewart

...and Those Who Helped

Robert Bárány (1876-1936) – Austro-Hungarian otologist who won a Nobel prize in 1914 for his ground-breaking work on the physiology and pathology of the vestibular system.
Read more about Robert Bárány here...

Pliny the Elder (23-79) – coined the term “tinnitus” almost two thousand years ago. Tinnitus is indexed in Pliny’s Natural History under “ears ringing and singing or having in them any unnatural sound and noise.”

If you find our information valuable, we ask you for your help. The cause of supporting those affected by balance and dizziness disorders with up-to-date, evidence-based information written for Canadians, needs you. Will you consider becoming its champion by making a gift or becoming a member?

BC Balance and Dizziness is proud to announce our recently posted article on vestibular paroxysmia. ... See MoreSee Less

Some great ideas to help us all stay connected during Covid-19... ... See MoreSee Less

How To Stay Connected During Self Isolation - COVID-19 - Drawing Change

The @CanadaCares_ campaign is calling for a federal donation matching fund to double the impact of donations and empower the charitable sector. Government and citizens can work together to extend the vital work of charities. Learn more & join the campaign: CanadaCaresCampaign.ca. ... See MoreSee Less

BC Balance and Dizziness is proud to announce the thirteenth article in our 2019/2020 series. This one is about CANVAS syndrome. ... See MoreSee Less

BC Balance and Dizziness is proud to announce our recently posted article on enlarged vestibular aqueduct (EVA). http://ow.ly/9D0G50DdCu1

Be careful! Falls are the leading cause of hospitalization for seniors. You don't want to go there! #fallprevention http://ow.ly/r0rx50DcKHG

BC Balance and Dizziness is proud to announce our recently posted article on vestibular paroxysmia. https://balanceanddizziness.org/vestibular-paroxysmia-article/