You are here: Home / Support / For Family and Friends / What is Wrong with You? You Look Fine to Me

Summary of a talk given by neurophysiologist Art Mallinson, PhD, to the Canadian Balance and Dizziness Disorders Society at St. Paul’s Hospital on November 18, 2015. Dr. Mallinson performs clinical vestibular assessments in the Neuro-Otology Unit at Vancouver General Hospital and is a clinical instructor in the Faculty of Medicine at the University of British Columbia. View Dr. Mallinson's presentation on YouTube

Dr. Mallinson’s presentation is directed at friends and family to help them understand why those with balance and dizziness disorders can look so good when they feel so unwell.

Vestibular disorders are poorly understood and can cause frustration for patients and medical professionals alike. As W.B. Matthews, a British neurologist, said, “This frequently means that after exhaustive enquiry it will still not be entirely clear what it is that the patient feels is wrong and even less so why he feels it.”

Journey of a dizzy patient

I feel dizzy and unwell and go to see my doctor. I’ve no idea what’s wrong, but at least the doctor will tell me my ears look lovely, my hearing is good, and I probably don’t have a brain tumour – that’s a relief!

The doctor says more information is needed. I’m referred to an ear specialist who asks even more questions and sends me to a clinic that performs special balance tests. The wait to get an appointment is long. I start to wonder if these tests will serve any purpose. Did the specialist just want to get me out of the office?

Finally I’m tested. The clinician explains how the tests work and why they’re important. Some of the tests seem strange – at one point, warm water is poured into my ears. The tester measures my eye movements a lot. The tests make me feel funny and the tester apologizes a lot.

The test results are back. I’m told that all of the tests are normal, but I still don’t feel well. What am I going to do now? What’s going on? I’m sure the specialist will think I’m crazy. And my partner thinks I’m just lazy. But I’m not making this up!

What do we know about the balance system?

The balance system (aka vestibular system) helps us move around, stand up and keep our balance. It is a silent sensory system that is always active. The balance system collects information about our environment. We can’t feel it collecting this information—it does its job without bothering to send information to the feeling and thinking parts of the brain. It works automatically around the clock, even while we’re lying in bed at night.

The balance system is different from our other sensory systems. Unlike our other senses, which can be directed, our balance system can neither be controlled consciously nor ignored. We only become aware of our balance system when we challenge it, for example by learning to ride a bike, or when there is something wrong with it. If we put extra demands on the system, we can often see how it copes with these challenges (or how it tries to cope if damage or disease has caused it to malfunction).

How does the balance system work?

A basic understanding of how the balance system works can help us understand how it can make someone feel so sick when something goes wrong. The balance system has two main jobs; they are accomplished through two different reflexes. (A reflex is a pathway that does a job without us thinking about or planning it).
These reflexes are:

What happens when these reflexes are damaged?

Damage to the VOR can result in vertigo (spinning sensation) and nausea. An erroneous signal is sent to the brain, making us think we’re moving when we’re not. Problems with the VSR can cause imbalance and staggering.

Under normal circumstances, the balance system is a template against which other sensory information is processed constantly and compared. In other words, the vestibular system is the ‘boss’. We are completely unaware of this automatic process when it functions properly.

When a structure in the balance system is damaged, however, its signal is no longer reliable and it may disagree with other environmental signals. If the vestibular signal is erroneous or flawed, preference is automatically given to the visual signal. In other words, the visual signal is now the ‘boss’. This disagreement, called a ‘sensory mismatch’, can generate symptoms because environmental movement is now interpreted as self-movement. It is important to understand that it is the sensory mismatch that induces symptoms, not the damage itself. 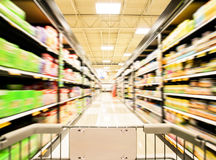 In some patients, a slight sensory disagreement is misinterpreted and becomes the new ‘gospel’. Visual information will now give an illusion of instability or movement. Problem situations for these patients include: navigating shopping malls or grocery store aisles; watching 3D movies, passing traffic, flowing water, or windshield wipers; seeing sunlight flicker through trees; and even simply looking at a striped shirt.

A copy of the visual vestibular mismatch (VVM) is sent to the nausea and anxiety centres of the brain. Though not well understood, the nausea symptoms of a VVM have been recognized since antiquity and were described accurately by Soranus of Ephesus (AD 98 – AD 138). He described being bothered by the spinning motion of a potter’s wheel and the flow of a river.

In the 1500s, the German-Swiss physician Paracelsus and French surgeon Ambrose Paré suggested a connection between the ear and the digestive system. In 1975, otolaryngologist Brian McCabe coined the term ‘supermarket syndrome’ after noting that his Ménière's patients complained of nausea when looking up and down grocery store shelves.

Symptoms of a VVM include nausea, vomiting and sweating. Panic sensations and ‘situation avoidance’ behaviours may also be driven by vestibular dysfunction. Often these symptoms are minimal. They are not well understood and sometimes are incapacitating, overriding ‘traditional’ symptoms of spinning and imbalance. The appearance of this set of symptoms is an indirect result of damage to the balance organ. There are no good tests to detect VVM. Patients must describe their symptoms. To the clinician, this symptom set is helpful in diagnosis and must not be dismissed.

The VVM set of symptoms is real and legitimate. The bizarre symptoms can be distressing and upsetting. They do not represent psychiatric disease. They can result in ‘dizziness related depression’.

Once the symptoms have been treated and central disease has been ruled out, what can be done for someone with VVM? In many instances, diagnosis itself can be therapeutic. Family and friends can support those with VVM by: