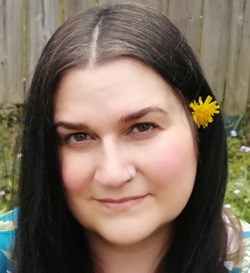 Other than a five-month remission of my symptoms, I’ve been living with Mal de Débarquement Syndrome (MdDS) since Christmas Eve of 2012. That's when it struck. I'd felt it a bit before that, but it would go away after a few hours. I had experienced anxiety in the past and knew these new sensations were different.

For a long time, I felt alone as I advocated for answers to the mysterious turn in my health. The symptoms were present around the clock and only subsided when driving. I didn't get a diagnosis of MdDS until over a year later by a neurologist at Mount Sinai Hospital in New York City. I had been to several doctors up until that point and nobody had a clue as to what it was. And when they couldn't figure it out, they chalked it up to anxiety.

The doctor wasn't sure if it was spontaneous or caused by playing a car racing video game for long periods of time where most of my range of sight was filled by the game. It tricked my brain into thinking I was doing that activity and my brain never came back from the 'motion' of it. It's something I won't ever know for sure, but I can honestly say that I wish I could go back and change all my activities for that day.

Driving is blissful. I don't feel symptoms when I drive except when I get to a stoplight. Then I feel the rocking and bobbing again until I can start driving again.

Vacuuming, preparing meals, washing dishes all make me extra wobbly. As if someone turned me around and around while I had my eyes closed, and then asked me to walk a straight line. I get very unsteady.

I have a disabled parking permit and have gotten many looks from people over the years because they see me get out of the car and I don't have a wheelchair or walker or cane. I look totally fine.

I've learned to adapt by holding onto things. Or I will nudge something with my shoulder or hip as I walk by it and it helps tell my brain important things, like that I'm not falling, the room isn't floating or bobbing, and neither am I.

It seems silly when I say these things out loud. It's impossible to fully explain what it's like to anyone who doesn't have it.

It affects how I walk, even if it's not entirely visible to someone looking at me. Trust me. I can feel it. I feel like I could fall at any moment. My legs are working hard to steady me. It causes strain on my back and my feet and my neck because my brain is constantly telling me the ground is moving or that I'm not on stable ground. My eyes are locked onto a target ahead of me to help me get from point A to point B. But again, it is not a dizzy feeling. Not like traditional vertigo.

It's a 24-hour, seven days a week thing. It doesn't go away if I sit down. I have it while walking, standing still, sitting, or lying down. The floors are uneven, the mirrors are distorted. You just feel incredibly unsteady. That's how it feels. Like you've gotten off a very rocky boat ride and cannot find your land legs.

I remember my five months of remission fondly. It felt weird at first. I wasn't used to feeling still. Like a normal person. It took time to realize it was how I used to feel my whole life until I got MdDS.

I walked for hours and hours. I'd get a dog from the Humane Society and walk it. Then go back for another and another. I was constantly walking and experiencing again what normal life was like. I could watch an action movie or TV show with an unsteady camera and be able to get up and walk normally. When not in remission, if I were to do that, I'd have heightened symptoms for hours. I could sit still. I could stand still. Lying down felt good and didn't feel like I was floating on a raft in a waving ocean.

I remember the exact moment my symptoms returned. I told myself it wasn't happening. Then I told myself it would go away. But it didn't. That was two years ago. But the fact I got those five months of remission is something I won't forget, and I feel blessed to have had them.

The MdDS Foundation Facebook page has been a lifeline for me. It helped connect me with people who fully and completely understand what this syndrome is like. We can share with each other and try to help each other on days when we feel alone and upset.